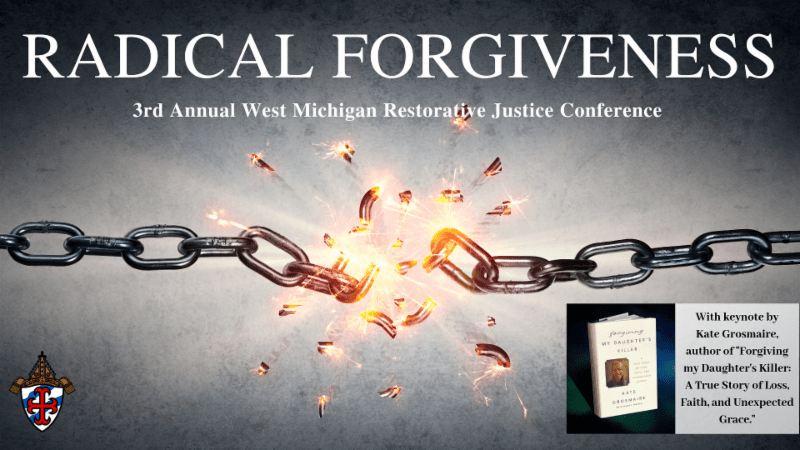 “Radical Forgiveness” is the theme of the 3rd Annual West Michigan Restorative Justice Conference organized by inmates of Richard A. Handlon Correctional Facility in Ionia. Hosted by the Catholic Diocese of Grand Rapids’ Prison and Jail Ministry, the 2019 conference will be held on Saturday, Oct. 19, from 9 a.m. to 3 p.m. at Cathedral Square Center in Grand Rapids.

The conference originated three years ago, when students of the Calvin Prison Initiative (CPI) program at R. A. Handlon had the idea and the desire to reach out and create a space in which the public could learn about restorative justice practices. Each year, the students have partnered with a community organization who hosts the conference; Calvin University hosted in 2018 and the Saint Benedict Institute on the campus of Hope College hosted in 2017.
This year’s conference keynote speaker is Kate Grosmaire, author of “Forgiving my Daughter’s Killer: A True Story of Loss Faith and Unexpected Grace.” Eric Boldiszar, Handlon inmate and Calvin Prison Initiative student, alongside other CPI students, will also address conference attendees through a pre-recorded presentation. Additional speakers and panelists include Nate Johnson of Fresh Coast Alliance; Officer Dan Myers of the Grand Rapids Police Department, and Angie
Sprank of the Michigan Department of Corrections Offender Success program. 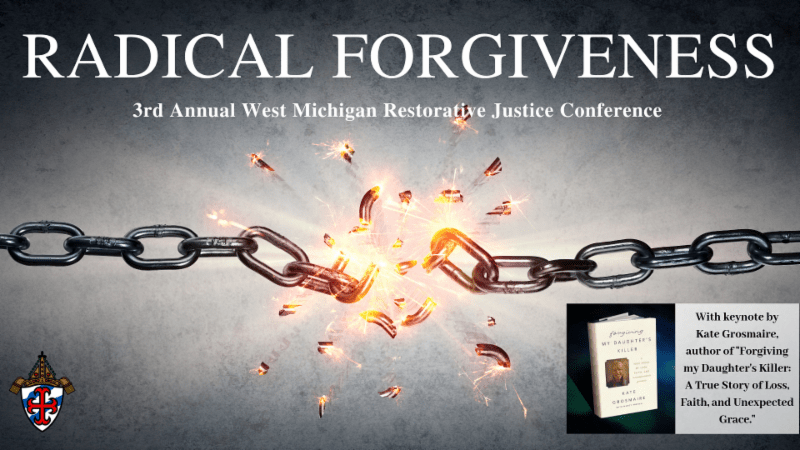