I recently sat in a county courtroom for three hours. I am not sure exactly how many people faced the judge that day, but it was a very full docket and I learned a number of things.

I had been in court for hearings a number of times. I was told to be at the courtroom at 9 a.m. The person I wanted to speak for that day was, at the time, incarcerated in a prison and had to be transported back to the county where he had been charged.

When I got to the courtroom door, I realized that the people who were scheduled to appear before the judge that day were all scheduled at 9 a.m.

As it turned out, my gentleman was the last to appear at 11:50 a.m. He has been incarcerated for more than three years for a very serious action, to which he pleaded guilty, and was sentenced to 10 years and to serve out five of them. He had completed what the court required of him and was asking for a modification.

All through the morning, the judge conducted a very respectful court. He listened to the accused, with and without counsel. He explained to them their options and rights. Some of these people had spouses and family members present. There were a number of children there, some old enough to know what was happening to their dad or mom. If they had to witness this, I was happy they saw justice meted out appropriately. The futures of their parent’s life was at stake. What they experienced that day about justice most likely will affect their understanding of it in their own lives.

The judge and the prosecutor had to make a decision about this man’s future. He had no attorney. He was asking the court to consider a modification so he could take care of some family responsibilities. The judge gave him a chance to speak for himself, and then he introduced me as his clergyman. I was asked to make a statement, and I did so in his favor.

During that morning in court, I could not help but think of the trial that was going on in the U.S. Senate chamber at the same time. How would the outcome of that trial affect the future understanding of justice for the next generation? How do we pass on to future generations not only the definition of truth, justice and the American way, but also be able to point to real-life examples in the lives of men and women of how those values are lived out?

As part of future programs of our archdiocese’s Corrections Advisory Committee, people around the deaneries will be asked to volunteer to assist women and men who are re-entering society and their home communities. I would suggest that you witness some courtroom procedures to listen to what they will face, and then be part of a welcoming Catholic faith community to give them the support they need.

(Benedictine Father Jeremy King is a member of the archdiocese’s Corrections Advisory Committee, and is a frequent visiting chaplain in the Indiana Department of Correction.) †

This entry originally appeared in Corrections Corner, a production of the Archdiocese of Indianapolis 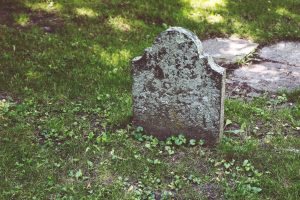 By Fr. Dustin Feddon, PhD,  Executive Director of Joseph House     Being released from either prison or jail in the middle of a global pandemic

In prison, the mystery of the cross is often portrayed with an image of three crosses. The image is a reminder to prisoners that Christ 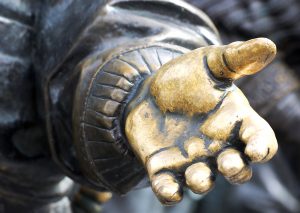 Walking a Mile in Their Shoes

How can we use this time to bond with “our brothers in white”? The  COVID-19  pandemic situation has given new meaning to a term used

Founded in 2000, by Ron Zeilinger, Dismas Ministry is a national, Catholic outreach to prisoners.